Skip to content
How Does a Cryptocurrency Exchange Make Money?

So, how do these digital asset exchanges make money? In this article, we discuss the four major revenue streams for exchanges: commissions, listing fees, market making, and fund collection for IEOs, STOs and ICOs.

Perhaps the most well-known monetization method for exchanges (cryptocurrency and traditional stock exchanges alike) is to charge commissions on trades. This commission is effectively a fee for the service of facilitating a trade between the buyer and seller.

In today’s digital asset exchange space, commissions of as low as 0.01% have become commonplace. Naturally, such low commissions necessitate relatively large daily trading volumes. A volume of $1,000,000 USD(T), for example, would only yield a mere $1,000 in commissions.

With that being said, top exchanges in the cryptocurrency industry boast daily trading volumes in the range of hundreds of billions of US dollars—thereby generating 8-figure commissions and more for successful exchanges.

If an exchange can attract multi-billion dollar volumes, it becomes clear how profitable these ventures can become. As the cryptocurrency market matures and expands, we can expect that digital asset exchanges will enjoy increasingly large volumes and thus commission revenues.

Newer cryptocurrency exchanges will inevitably struggle with minimal volume during their early stages. As such, it is unrealistic for these exchanges to rely exclusively on commission revenue during this phase.

Alternatively, digital asset exchanges can introduce a token and coin listing service to drive initial revenues. By organizing Initial Exchange Offerings (IEOs), Security Token Offerings (STOs), and Initial Coin Offerings (ICOs), exchange operators may collect a percentage of funds raised which in itself can be to the tune of hundreds of thousands of US dollars, depending on the project. These listing fees are typically payable in cryptocurrency or the project’s native tokens, and listing prices can be in the range of 1 to 10 BTC.

While there have been exchanges with incredibly low volumes which have nonetheless produced billions of dollars for their founders in the form of listing fees, it should be noted that competition for token and coin listing has become fierce. In fact, competition among exchanges to list high-potential coins and tokens has become so fierce that many exchanges have started doing so-called “wash trading”, a practice in which exchanges artificially increase their reported volumes so as to rank higher on websites like CoinMarketCap. It goes without saying that this is an unethical business practice and should be avoided at all costs.

Another great revenue stream for cryptocurrency exchanges is market making, or producing liquidity for a given financial instrument. In its simplest form, market making consists of buying and selling a digital asset on your own exchange, at slightly less desirable prices than on another exchange. Once the trade occurs on your own exchange, you place a trade on a different exchange which offsets your previous trade, and you pocket the difference. This technique works particularly well when automated and applied to markets with large spreads (that is, the difference between the bid and ask price).

A similar strategy comprises the syndication of new trading pairs out of existing instruments. For example, suppose you want to offer a BTC/THB (Thai Baht) pair on your exchange because it can’t be found elsewhere and you feel it could serve as a unique selling proposition. To do so, you can build an automated system that combines BTC/USD and USD/THB into a single BTC/THB price feed, displaying it on your exchange as a standalone pair.

Naturally, this offering would likely improve the exchange’s reception and trading volume in Thailand due to users’ ease of dealing in THB, their native currency, versus USD. This solution could be implemented for any other currency in place of THB in this example.

Another method for driving exchange revenue is to equip the platform with an IEO module, allowing other companies to organize token sales. In this context, your exchange serves as a repository for people to buy tokens before they go to an exchange—kind of like how Kickstarter works. In this case, however, contributors receive tokens in exchange for other digital assets such as BTC or ETH.

So, how does the exchange make money in this process? When the exchange collects funds on behalf of the fundraising company, it charges a percentage of total proceeds as a fee. Depending on the final amount raised, such a percentage could yield a large payout for the hosting exchange.

In summary, here is a bullet-point recap of how cryptocurrency exchanges derive revenue:

Go to
All blog articles
Read next post
Cryptocurrency Ex... 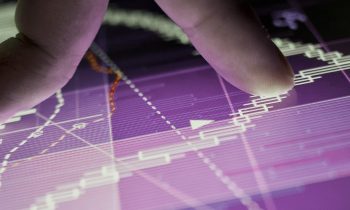 How much does it cost to run an exchange?

When exploring the possibility of entering the cryptocurrency exchange market, most people begin by enquiring… 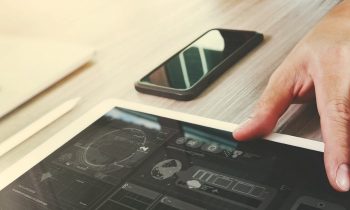 There are dozens of popular programming languages and platforms. Each with its own set of…

How To Migrate Between Cryptocurrency Exchanges Easily And Effectively